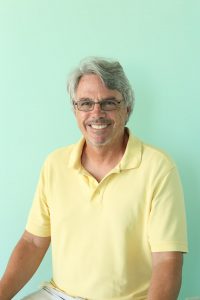 Rebel Yell: The Violence, Passion, and Redemption of Stonewall Jackson

S.C. Gwynne is the author of Hymns of the Republic and the New York Times bestsellers Rebel Yell and Empire of the Summer Moon, which was a finalist for the Pulitzer Prize and the National Book Critics Circle Award. He spent most of his career as a journalist, including stints with Time as bureau chief, national correspondent and senior editor, and with Texas Monthly as executive editor. He lives in Austin, Texas, with his wife.In his “magnificent Rebel Yell… S.C. Gwynne brings Jackson ferociously to life” (New York Newsday) in a swiftly vivid narrative that is rich with battle lore, biographical detail and intense conflict among historical figures. Gwynne delves deep into Jackson’s private life and traces Jackson’s brilliant 24-month career in the Civil War, the period that encompasses his rise from obscurity to fame and legend; his stunning effect on the course of the war itself; and his tragic death, which caused both North and South to grieve the loss of a remarkable American hero.