Global Issues: The Debate Over Foreign Aid: Why It Matters More Than Ever with Daniel F. Runde – AUDITORIUM SOLD OUT 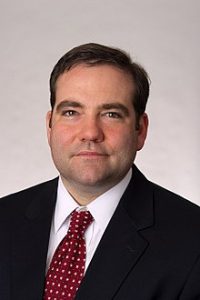 The Debate Over Foreign Aid: Why It Matters More Than Ever

In a world of increasing prosperity and growing dangers, what can developing countries and the United States do together? And what happens if we don’t get it right?

Dan Runde is a global thought leader whose expertise focuses on soft power and how the U.S. can shape and manage the world outside our borders. Mr. Runde is a trusted adviser to the CIA, the Pentagon, the State Department, and the White House over several administrations.  He has testified numerous times in front of the U.S. Congress on issues related to international relationships.  He currently chairs the policy advisory group for the U.S. Agency for International Development – the foreign aid arm of the U.S. Government.  He is a long time consultant to the governments of Japan, Denmark, and South Korea as well as to the World Bank and the United Nations.  Mr. Runde was a member of Governor Romney’s foreign policy team in the 2012 campaign and Governor Bush’s foreign policy team in the 2016 campaign.  A life member of the Council on Foreign Relations and the Bretton Woods Committee, he holds the Officer’s Cross in the Order of Isabel la Catolica, a Spanish Civil Order for services rendered to the Kingdom of Spain. He is a frequent contributor to thehill.com and foreignpolicy.com.

In his talk, Mr. Runde will describe how the international development landscape has radically changed in recent decades making parts of the developing world far richer and freer and others parts more dangerous to the U.S.  He will talk about what steps need to be taken now to ensure that the U.S. remains influential and benefits from the upside as these countries progress and he will talk about how we can mitigate the threats as well.

He is a graduate of the Kennedy School at Harvard and was a government major at Dartmouth College.