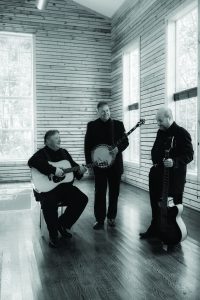 Brothers Uwe and Jens Kruger began playing North American folk music at an early age and were particularly inspired by recordings of Doc Watson, Flatt and Scruggs, Bill Monroe, and other progenitors of country, bluegrass and folk music. The group is highly regarded within the world of acoustic music in North America, in particular by those within the industry. They have also gained the attention of some of the musicians, including Bill Monroe, Doc Watson, Tut Taylor, and Bobby Hicks, which once served as models. Watson has said, “The Kruger Brothers are just about as fine a band as I’ve ever played with. …I love to play music with them.”