The Finer Things in Life: F.M. Don’s and the Punta Gorda Symphony 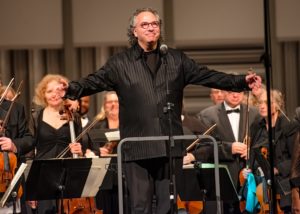 Travel to historic downtown Punta Gorda and enjoy an evening of delectable cuisine and orchestral delights.

Centrally located in downtown Punta Gorda, F.M. Don’s is an upscale-casual eatery specializing in fresh, seasonal, and French inspired cuisine. Led by Chef/Partner Keith Meyer the restaurant has created a space dedicated to the history of the harbor and the story of Punta Gorda. Chef Keith is a graduate of the French Culinary Institute in New York City and furthered his craft in New York at San Domenico and Lever House, both Michelin star restaurants. He continues his practice of visiting the dining room to reveal cooking techniques and share in guests’ satisfaction.

Following dinner, prepare for the sounds of a glorious 70-musician orchestra including a pre-concert talk and behind-the-scenes experience.

Originally formed in 1978 as a small chamber group, the Punta Gorda Symphony has grown to more than 70 professional, world-class musicians drawing audiences from around the world. With performances held at the Charlotte Performing Arts Center, a 900-seat theater, the 2021-22 season marks the ninth year under the direction of Maestro Raffaele Ponti.

Joining the Punta Gorda Symphony for this one-time performance is guest artist, Sirena Huang, the 2018 inaugural winner of the Elmar Oliveira International Violin Competition. The symphony will be performing the following works:

Experience one of The Finer Things in Life for $360 per person.

Round trip transportation from Boca Grande is included. This trip is limited to 28 people.
Call the office at (941) 964-0827 to reserve a spot.