View the Academy Award nominated documentary, “My Architect” on Thursday, January 31, 2019 and on Friday, February 1, 2019, at 2 pm, participate in an informal discussion. 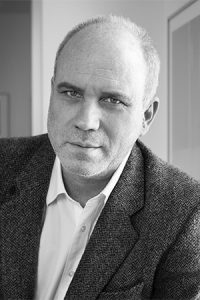 The film was created by Nathaniel Kahn, the son of the great architect, Louis Kahn.  In this award-winning film, Nathaniel Kahn explores the life and work of his father.

Louis Kahn’s work includes the Yale Art Gallery, the Salk Institute in California, the Kimball Art Museum in Fort Worth and perhaps his greatest masterpiece, the capitol of Bangladesh in Dhaka. Many consider him to be one of the greatest architects of the 20th center.

Roger Ebert said in his review of the film, “The movie begins as the story of a son searching for his father, and ends as the story of the father searching for himself.” It is a deeply moving film that received several awards including the Chicago International Film Festival and the Directors Guild of America among others. It was nominated for an Academy Award for Best Documentary, Feature. Nathaniel Kahn is a renowned filmmaker who’s latest work, “The Price of Everything,” has been making the rounds at film festivals this year and was nominated for the Grand Jury Prize at the Sundance Film Festival. In appreciation for quality filmmaking, we are honored to present “My Architect.”

Open to the public at no charge.